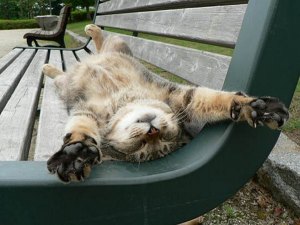 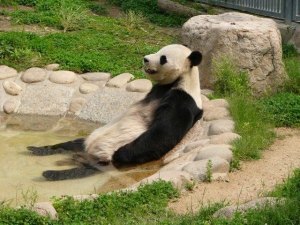 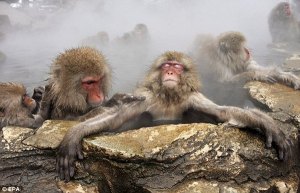 I think we realised today that relaxing takes a conscious effort, you would think it might just happen naturally, but often we are so busy either physically or in our own thoughts that it actually takes a concerted effort to stop and breath! Some of us came to the group today feeling so busy with things going on that it felt like relaxation wouldn’t work or wouldn’t fit in with busy thinking processes of worry or stress or adrenalin pumping through our bodies. But,we stopped. We sat still,we closed our eyes,we allowed the chairs to hold us,the ground beneath our feet to literally ground us,the voice to guide us and our breath to calm us. We simply breathed deeply and became aware of taking oxygen in and around our bodies.  We went through a progressive muscle relaxation allowing each set of muscles to first become tense and then relaxed from our feet to our heads. This allows us to notice how much we hold tension and how good it is to release it. Particularly around our shoulders, where are your shoulders right now? If they are up at your ears, let them drop! Our shoulders should not be tensed up to our ears.

We achieved a state of relaxation, just by stopping, breathing and becoming aware of holding tension and deliberately releasing it. Ahhah. So much better, on with the day and a reminder to self that we need to plan in relaxation, because if we don’t,in modern life we just keep on running and our shoulders get too high up.

We also looked at some other activities which may be relaxing, 101 are listed in this link., though some suggestions listed such as jumping on the bed or cleaning ceased to sound like relaxing activities to us personally, though we did take up the suggestion of watching cute animal videos and tried a bit of this at the end of our session today.

Taking my own life

This exercise really helped people see things in a rational way and see the big picture rather than thinking or acting on impulse.

Below is a really thought provoking poem

The morning after I killed myself

So given that we are based in Scotland and we see the sunshine slightly less than we would like to it is important that we make the most of every opportunity that we can.  Group members requested if we could be outside as it was such a lovely day, so we took our meeting over to Queen Street Gardens opposite Simpson House.  There we discussed how we will promote the group and made plans for a promotional video, so look out for this, it will be coming soon.  We will be making some changes to the group in line with how we have grown and developed as a group and some changes in culture around the subjects of suicide, depression and anxiety.  We have positive experiences to share and improvements we noticed we can use to make it even better!

And, all the while we were having a creative, productive and edifying conversation, we were soaking up the following benefits from the sunlight taken from mindbodygreen.com.

Here are 10 benefits of getting a moderate amount of sun exposure:
1. Sunlight and whole foods send breast cancer into remission. The American physician Dr. Zane Kime used sunbathing and nutrition to cure his patients. Even in terminal cases, Dr. Kime was able to completely reverse the metastasized cancer.
2. The sun’s light kills bad bacteria. The German solders after WWI knew of the discoveries that had been made in 1903 by the Nobel Prize winner, Niels Finsen. They used sunlight to disinfect and heal wounds.
3. Sunlight has a beneficial effect on skin disorders, such as psoriasis, acne, eczema and fungal infections of the skin.
4. Sunlight lowers cholesterol. The sun converts high cholesterol in the blood into steroid hormones and the sex hormones we need for reproduction. In the absence of sunlight, the opposite happens; substances convert to cholesterol.
5. The sun’s rays lower blood pressure. Even a single exposure significantly lowers blood pressure in individuals with high blood pressure. On the other hand, pharmaceutical drugs such as Statins have side effects, such as robbing the body of Coenzyme Q10. CoQ10 is essential for cellular and heart energy.
6. Sunlight penetrates deep into the skin to cleanse the blood and blood vessels. Medical literature published in Europe showed that people with atherosclerosis (hardened arteries) improved with sun exposure.
7. Sunlight increases oxygen content in human blood. And, it also enhances the body’s capacity to deliver oxygen to the tissues; very similar to the effects of exercise. The sun has a great effect on stamina, fitness and muscular development.
8. Sunlight builds the immune system. The white blood cells, which increase with sun exposure, are called lymphocytes, and these play a major role in defending the body against infections.
9. Regular sunlight exposure increases the growth and height of children, especially babies. Many cultures throughout history have recognized this fact. Studies have shown the amount of sun exposure in the first few months has an effect on how tall the person grows.
10. Sunlight can cure depression. The noon sunshine can deliver 100,000 lux. When we sit in offices for the best part of the day, out of the sun, under neon and artificial lights (150-600 lux), we are depriving ourselves of the illumination of nature. Sunlight deprivation can cause a condition called seasonal affective disorder (SAD), a form of depression. It is more common in winter months, but also common in people who work long hours in office buildings.
Exposure to the sun should be done SLOWLY! If you are not used to the sun, then your skin will be more sensitive to it. Avoid sunburn by building up your tolerance SLOWLY.

People’s favourite books varied as books were chosen from different stages in life and helped them or resonated with them in different ways.  The snow kitten, about a lost kitten had stood out to a person when they were at primary school because they felt a bit lost too.  Most people had fond memories of reading Enid Blyton, and for some these adventure stories provided a thrilling escape where life could be quite difficult, maybe the children outsmarting the bad adults was a very desirable fantasy; and some people did admit that Julian or Dick had become very desirable heros and protectors when the reading of these books progressed into early teenage years!

Some read to escape and others read to connect with powerful feelings, ‘Flowers in the Attic’ allowed some people to channel some very sad and difficult feelings and in a way connecting with the sorrow in the books was a carthartic outpouring.  The fun of a good ‘whodunnit’ as written by P.D. James however provides a good escape from mundane life and troubles, especially when Dalgleish seems such an attractive character.

‘The Egyptian’ seemed to offer meaningful explanations of life experiences and relationships and the beautiful writing allows one to be utterly transported to another time and place, so powerfully that you can almost smell it.  Finally, Michael J Fox’s autobiography of how his life changed dramatically after a diagnosis of Parkinsons and his ability to view this with dignity, strength and gratitude was very inspirational of how to cope with tough situations.

We enjoyed reminiscing about different books and I think we all felt a bit inspired to go and read either something familiar and comforting or something new and inspirational.

On Thursday 26th May 2016 some group members attended the “A sense of belonging” conference which was held at Heriot Watt University.  It was good to meet up and network with people from the different mental health services in Lothian.  One of the first topics discussed was people’s experiences of going to see their GP regarding their mental health.  This has certainly been a common topic within the Choose life group since its inception almost four years ago.  Some of the feedback included; people not being able to get an appointment as they could only phone up on the day, and by the time they got through all the day’s appointments were gone.  If someone is already feeling depressed you can only imagine the devastating effect this can have on them.  Most people acknowledged how stretched and busy people who work for the NHS are but would still like to see some sort of change in this area.

There were a variety of workshops which included looking at what self-harm was, using technology to reach out to others, and using music as a way to heal.

We hope that with the coming together of all the services at this conference and the mutual passion shown, positive changes can happen.